My name is Rob. I’m 27 years old and lived in Canberra for my whole life. I started using drugs when I was 13 but moved to injecting heroin when I was around 19 years old.

When I started injecting I had no idea what I was doing and had to get a friend to do it for me for the first couple times but noticed that he was quite rough while injecting me, which caused a big bruise on my arm. A few times he even missed the vein completely or pushed through it which left a massive welt on my arm.  That’s when I thought that there was going to be no longevity in letting my friend inject me every time, and I decided to learn how to inject properly for myself.

One of the biggest things I found was that while injecting, once the needle is in the vein I needed to try and keep the needle as still as possible (which can be quite difficult to do if you need to pop off a tourniquet) so that the needle isn’t moving around and scratching up the inside of my veins.

Another good tip I learned was that if I was going to use a tourniquet to get my veins to the surface, once I had got the needle into the vein, I should loosen the tourniquet so that my blood flow isn’t cut off while I plunged. If the tourniquet isn’t loosened and am injecting a big amount (methadone) into the vein it can lead to the vein blowing out or rupturing.

I also learnt that the eye of the needle should always be facing the sky while injecting so that it flows into the vein smoother and is not going against the blood flow.

I would always use an alcohol swab to clean the injection site before using to get any contaminants off the skin.

Another especially important thing is to always, no matter what the circumstance, make sure to use clean and new equipment which can be found at any health centre for free, or some chemists may also sell them for a couple of dollars. I never reuse an old needle because after just one use they get blunt which makes harder to pierce the skin and easier to damage veins quite badly.

Another thing I find helps with vein care is to use pawpaw cream or any other sort of vein/skin care cream on the injection site after, to help heal the skin and keep veins/skin healthy, this will also reduce the possibility of scaring on the arms as well. (Note- If I use Hirudoid cream, I use it a few hours after injecting to let the crust form and close the injection site. Using Hirudoid immediately after injecting would prevent the crust formation, which would leave the site open for contamination with bacteria and all sorts of dirt. After the crust is formed, Hirudoid can be applied, as it works well as a scar prevention cream.

I would also rotate injection sites each time to give my veins a bit of a break as well. With these few simple and simple steps I have found that not only do I keep my veins healthier, but I also avoid any sort of blood born viruses or health risks associated with injecting. 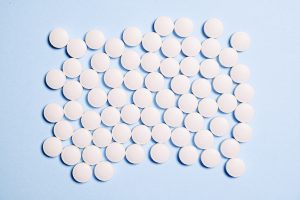 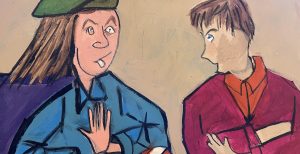 My name is Alex and I would like to share my story about my use of Naloxone throughout the years. 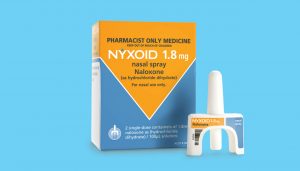 CAHMA welcomes expanded access to naloxone across the country

CAHMA, as the originator and pioneer of community naloxone programs in Australia, applauds the Federal Department of Health decision to extend…